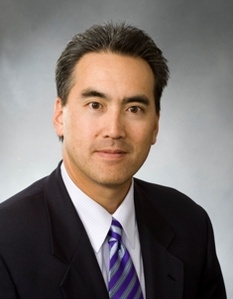 Rob Fong is a proud third generation Sacramentan and the proud father of Rebecca, 15 and Christian, 10. Mr. Fong is a graduate of McClatchy High School and the University of California at Berkeley, where in 1981, he earned a degree in political science with Phi Beta Kappa distinction. After completing law school at U.C. Davis King Hall, Mr. Fong began his law practice with Mackenroth, Seley & Anwyl. Currently, he is a partner at Ryan & Fong where he practices real estate and business law.

Mr. Fong was elected to the Sacramento City Unified School District Board of Trustees in 1998 and served as Board President from 2003 through April 2004. In March 2004, the voters of Sacramento City Council District 4 elected Mr. Fong to succeed Jimmie Yee as their representative on the council. He assumed his duties as councilmember in November 2004. Mayor Fargo and the City Council elected him to serve as Vice Mayor for 2006. Mr. Fong was re-elected to serve a second term on the City Council in June 2008.

Councilmember Fong serves as a representative of the City of Sacramento on the Waterfront Advisory Committee, The Sacramento Metro Air Quality Management District, the Personnel and Public Employees Committee, the Sacramento Transportation Authority, the Sacramento Regional County Sanitation District and the Sacramento Local Agency Formation Committee (LAFCo). Additionally, Mr. Fong participates in many local community boards, including the Hemispheres Arts Academy, an after-school arts program he founded in 2000, the Wells Fargo Community Advisory Board and the American Leadership Forum, Mountain Valley Chapter.