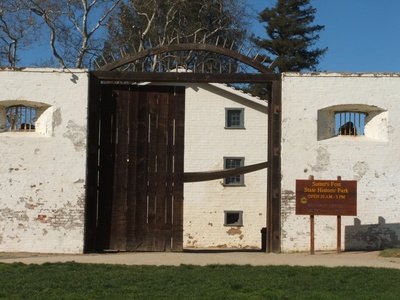 Courtesy of the Bear Flag Museum 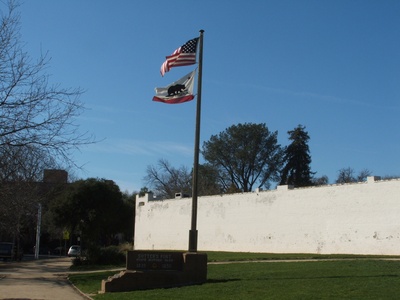 Courtesy of the Bear Flag Museum

From the Parks Dept Web Site: In 1839 a Swiss immigrant named John Sutter received a land grant in the Sacramento Valley from the Mexican government. He used the land to create a flourishing agricultural empire and named it New Helvetia (New Switzerland.) This empire established Sacramento’s earliest settlement and the first non-Indian settlement in California’s Central Valley.

In 1847 Sutter sent aid to the Donner Party, a group of immigrants trapped in a winter storm in the Sierra Nevada Mountains. Word spread and Sutter became known for his hospitality and for providing temporary refuge to travelers. This reputation made New Helvetia the destination for early immigrants to California.

Less than a decade after they were established, Sutter’s properties were overrun by gold seekers and the fort is all that remains of New Helvetia. It has been restored to its former state based on an 1847 map published in Darmstadt, Germany and is open daily for tours.

In addition there is a wonderful program geared towards elementary school children called the enviornmental living program. This is a special program that allows California school children to “live” history. The participants, along with parent helpers and their teacher, spend 24 hours portraying characters of the 1840’s and partake in various trade activities and entertainment of the era. It is so popular with local schools that there is a lottery each year to see who gets to do it.

* I actually visited in the 8th grade... PaulAmnuaypayoat

2008-03-18 20:53:20   New Helvetia and Sutter are where Sacramento started. Sure hope it is not another California treasure lost to a budget crisis —WILLIAMJTRINKLE