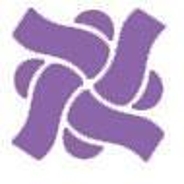 WEAVE’s mission is to build a community that does not tolerate sexual assault, domestic violence, and sex trafficking and provides survivors with the support they need to be safe and thrive.

WEAVE was established in 1978 as a 501(c)3 nonprofit organization to serve domestic violence survivors and their families in Sacramento County. In 1979, federal funding allowed for expanded support and added services for children as a core component of the agency’s shelter and counseling services.

In 1981, WEAVE began offering legal advocacy to assist women seeking legal protections as well as dissolutions from violent spouses. WEAVE received its first public recognition this year with an award from the Young Lawyers Association of Sacramento. WEAVE’s Board of Directors established a plan to ensure financial stability through diversification of funding streams and began formalizing community based fundraising through private grants and community donations.

In 1982, Aetna Life and Casualty Foundation funded a tutorial program for children staying at its shelter and the Public Relations Round Table recognized WEAVE for outstanding achievement in public relations. In 1984, the Ms. Foundation for Women funded a pilot project to focus on Teen Dating Violence prevention leading to research conducted by WEAVE staff being published in the National Journal of Social Work.

In 1985, the nine local Soroptimist International Clubs in Sacramento formed a joint committee in support of construction of a permanent shelter facility. A local family donated land and in 1986, the original WEAVE Safehouse was opened. It was the first shelter in California built specifically for victims of domestic violence and the third in the nation. WEAVE received the Human Rights Fair Housing Commission Award for outstanding advocacy on behalf of the rights of battered women later this year.

In 1987, WEAVE established the Domestic Violence Coordination Council to bring together elected officials, law enforcement and other victim advocacy agencies to coordinate and improve response to families experiencing domestic violence.

1988, WEAVE assumed the responsibility of being the County’s sole Rape Crisis Center. WEAVE also received an award from the Attorney General for outstanding support of law enforcement and service to battered women and the Governor’s Victim Services Award. In 1989, WEAVE established the 24/7 Sexual Assault Response Team which dispatches an advocate to every victim of sexual assault undergoing a forensic examination as well as ongoing advocacy, accompaniment, and counseling services. The SART program has operated without interruption since its opening. Also in 1989, a Safehouse addition was completed to allow for additional onsite services. WEAVE also published Everybody’s Business—a manual for replication of the Domestic Violence Coordination Council in other communities.

In 1992, WEAVE celebrated the dedication of the BT Collin’s Children’s Center, a multi-service children’s facility at the Safehouse campus and construction of a new playground at the same site. In 1993, WEAVE established an elementary school-based prevention education program to complete its successful teen intervention and prevention efforts.

In 1994, WEAVE dedicated the B.T. Collins Memorial Counseling Center. The building was purchased by WEAVE and renovated to meet the counseling and advocacy needs of domestic violence and sexual assault victims. The site remains WEAVE’s flagship service center today. In 1996, WEAVE was chosen as the speaking location of then President Bill Clinton to address the impact of domestic violence on families and the community.

In 1998, WEAVE launched its first social venture effort with the opening of the WEAVE Works Thrift Store where community donations were made available to victims and public sales of donated clothing were used to fund operations. A second store was operated in Carmichael from 2000 through 2010. The original WEAVE Works Store was relocated to Arden Way in 2008. WEAVE opened TRUE (Totally Recycled Urban Exchange) in late 2015.

In 1998, WEAVE also received the first of what would become a $4 million, six county multimedia domestic violence prevention campaign funded by the California Endowment.

In 2005, WEAVE was named Nonprofit of the Year award from the Nonprofit Resource Center. In 2006, WEAVE’s three Latina survivor Founders were awarded the inaugural Minerva Award for California first lady Maria Shriver.

In 2008, WEAVE established an onsite charter school at Safehouse campus to allow children to continue learning without the fear of the abuser locating them at school or the disruption of changing schools due to the abuse. Later this year, WEAVE launched “Stylin’ for Success”, a domestic violence awareness campaign aimed at salon professionals. The campaign was chosen for replication by the CA Attorney General’s Office.

In 2009, WEAVE completed construction of a new 12,000 square foot Safehouse featuring 18 family suites and onsite supportive services at its Safehouse campus. WEAVE also became part of the local Rescue & Restore Coalition and began providing services to victims of human trafficking. In 2009 WEAVE, in partnership with the Sacramento Police Department and Runyon Saltzman & Einhorn, launched “Keep Your Wits” as multi-media campaign aimed at encouraging bystander intervention and knowledge of personal safety. The campaign targeted teens and young adults through social media content and radio and TV PSAs.

In 2010, WEAVE added a Nature Explore Classroom to the Safehouse Children’s Services thanks to funding from the Mary Kay Foundation. The agency was also chosen to implement the programmatic component of a CDC funded evaluation effort of the Coaching Boys Into Men prevention education program. The findings demonstrated CBIM as an evidence based intervention model with findings published by multiple national media sources and professional journals.

In 2011, WEAVE opened the WEAVE Wellness Center in partnership with Dignity Health to better serve residents of South Sacramento and Elk Grove and to increase access to bilingual services for Spanish speaking victims. WEAVE was awarded the FBI Director’s Community Leadership Award later this year.

In 2015 WEAVE launched Open House – a transformational approach to safe shelter that reduces barriers for the most vulnerable victims of domestic violence. The seven-unit apartment complex is a blending of emergency and transitional housing that provides greater privacy for victims with pets/service animals, those that live near the other WEAVE residential campus, male and transgender victims, and those with chronic medical conditions that require greater control over the living environment. WEAVE received a three year grant from the Office of Violence Against Women to support expanded Legal Services to Victims from the Office of Violence Against Women and a second three grant from OVW to support its Transitional Housing services. In late 2015, WEAVE opened TRUE (Totally Recycled Urban Exchange) – a second retail location as part of WEAVE’s social enterprise efforts to diversify its funding streams.

In early 2016, WEAVE was chosen as the sole operator of the County’s 24/7 Anti-trafficking Response Team to respond to Commercially Sexually Exploited Children. The program is in partnership with Child Protective Services, probation, law enforcement and the CSEC Court to provide advocacy and support for children who have been sex trafficked. WEAVE also received numerous public and private grants to expand and enhance services including an inaugural Ralliance grants to works towards eliminating sexual assault in one generation with WEAVE’s program focusing on the unique needs of homeless youth and LGBTQ youth victims of sexual violence. CalOES funding received will support further expansion of the agency’s legal services; funding to improve accessibility of counseling and residential services by low vision and blind victims; funding to sustain WEAVE’s partnership with the Sacramento Native American Health Center; and funding to work in partnership with My Sister’s House to provide emergency shelter, case management, and supportive services to victims of sex trafficking. WEAVE’s Executive Director received national recognition with the awarding of the Ed Stout Memorial Award for Outstanding Victim Advocacy.

They also own and operate two retail stores- WEAVEWorks in Arden, and TRUE in Midtwown. They have the Soroptomist safehouse shelter for women and children 'escaping a violent environment'. The safehouse was the first exclusively domestic violence safehouse opened in California. WEAVE accepts donations of goods, contact them for information on how to donate clothing, furniture, and money. The main office is safely located in Midtown.

To obtain these services anyone can contact the 24- hour support and information line or visit their counseling center located at 1900 K Street in Midtown. These services are offered 24/7 year round and anyone from women to men, teens, and children who are survivors of domestic violence and sexual assault are more than qualified for these services.

For those who wish to volunteer in hopes of working directly with survivors are required to become pure certified by the State of California. In order to get certified one must have to attend a 69 hour training that is mandatory.The certification lasts for a year and you must attend a certain number of meetings and lectures, as well as in-service training to renew it.

There many ways to donate to WEAVE. You have the option of donating money by filling out a donation form from the following website:(https://interland3.donorperfect.net/weblink/weblink.aspx?name=weave&id=1) or simply mailing it in to 1900 K Street, Sacramento, CA. You may also partner up with WEAVE to host an event to raise awareness on the cause. In addition it is encouraged (if possible) to donate used cars, vans, boats, etc.

You can check out WEAVE current wish list HERE.

This report was written for Cynthia Linville's English 1A class at CSU Sacramento, Fall 2011.