A website about San Juan Capistrano that anyone can edit

The San Juan Capistrano was founded in 1776 and is named after the Catholic mission which was situated at its present location. The city derives its name from the Native Americans who occupied the area called the Juanenos by the Spanish colonists combined with the name of the Franciscan saint Giovanni da Capistrano from the Italian region of Capistrano. The city neighbors California’s oldest residential locality, Los Rios and is home to the oldest building that is still in use on greater state of California. The city has undergone numerous evolutions from the early 19th century when California was captured by the United States from Mexico. However, the city has remained a symbol of the early life in California and retains most of its economic structure that is centered on agricultural production (CSJC).

The city of San Juan Capistrano is in the Californian county of South Orange. The city covers a total area of 37 square kilometers with a water coverage of about 1.26 percent. The United States census of 2010 reported that the city has a population of about 34593 with a population density of about 930 per square kilometer. The white population forms the majority within the city at about 77% while the Hispanic population forms about 38% of the total population. The minority groups mainly consist of the African-American population at 0.6%, the Native Americans comprise 0.8%.  Other census reports estimated that 99.7% of the city’s population live in formal housing while 0.3% live in non-institutionalized group quarters (San Juan Chamber). The majority of the city’s residents are aged 25 years and above with about 33.5% aged 24 years and below (San Juan Chamber).

The city is estimated to have 11,940 housing units spread out at an average density of 322 units per square kilometer. About 74.3% of these housing units are owner-occupied while the other 25.7% are rented. The 2010 census estimated the median income per household in the city as $75356. The latest census reports indicate that an estimated 12% of the San Juan Capistrano population is currently living below the federal poverty line (CSJC). The economic disparity within the city of San Juan Capistrano is significantly lower compared to the rest of the country.

The city has 2 private kindergartens and is served by the Capistrano Unified School District. The city also has one public high school i.e. the San Juan Hills High School and four private college prep schools. The San Clemente High School that has historically served the residents of the Capistrano Beach is scheduled to be discontinued under the long range plan being implemented by the County of Orange. The long range plan includes the construction of new roads to increase access to the San Juan Hills High School.

The city has a diverse range of historical sites describing the early life in California. The city is also home to a number of historical assets that are unique to the region such as its renowned library, a historic train depot and its long standing history of continuing Native American communities. The community has also created a large number of adobes and historic buildings which serve as major destinations for tourists visiting the city. The cultural preservation of the city is also strengthened by concerts, festivals and art shows which occur on regular schedules. The racial and cultural diversity of the city also gives it a special experience as is often reflected in its institutions and daily events.

The city of San Juan Capistrano is accessible by air, train, and road. The arrival and departures by air can be taken from the John Wayne Airport in orange county. The airport is served by a large number of airlines with flights to other destinations within the United States. However, international flights are not available directly to or from the John Wayne Airport. The city has an Amtrak/Metrolink train station which offers transport for cargo and passengers into and out of the city (San Juan Chamber). The passenger service is facilitated by the availability of a large waiting room in the train station making the schedules convenient for visitors and the city residents. The California state Route 73 runs across the city connecting San Clemente, Capistrano Beach to the city center. Other road networks such as the Ortega highway and Del Prado avenue increase accessibility to the outlying regions of the city.

The sitting mayor for the city of San Juan Capistrano is Kerry Ferguson and Benjamin Siegel is the current the city manager. The city is a part of the 36thSenate District that is currently represented by the Republican Patrician Bates in the California State Legislature (CSJC). The Republican Bill Brough is the current representative of the Orange County 73rd Assembly district which covers the city of San Juan Capistrano and its neighboring regions. The city is also represented by the Republican Darrel Issa in the U.S House of Representatives as part of the California’s 49th Congressional District (CSJC). 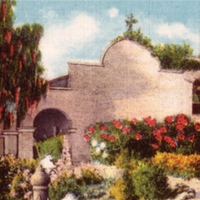