Mission San Juan Capistrano is located at 26801 Ortega Highway, San Juan Capistrano, Orange County, in Southern California. This historical site that doubles as a museum is characterized by its beautiful Spanish architecture, artifacts, and rich history, making it a preferred tourist destination for many people. For instance, the altar and reredos at the Serra Chapel are carved out of cherry wood and decorated with gold leaf imported from Spain; they are estimated to be 300 years old. The Chapel has 52 angelic faces, one for every Sunday throughout the year. The main attraction at San Juan Capistrano includes the delightfully landscaped grounds and the remains of the Great Stone Church and its adjacent bell wall, offering one of the most panoramic and attractive sites in California.[1] 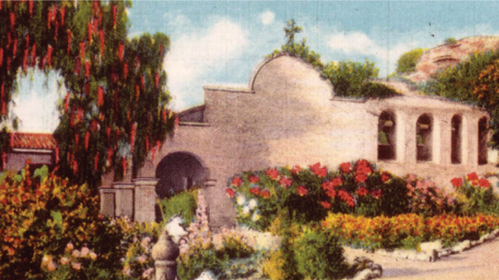 The Mission now offers guided tours for visitors at a fee and provides learning opportunities for children and adults. Furthermore, people can now book the site for weddings and family events. In line with its designation “Jewel of the Missions”, Mission San Juan Capistrano is a MUST destination for history lovers and fun enthusiasts.

Mission San Juan Capistrano, originally La Misión de San Juan Capistrano de Sajavit, was founded on November 1, 1776, by Catholic priests of the Franciscan Order, Father Junípero Serra as the president and missionary Fathers Pablo Mugártegui and Gregorio Amurrío, as the seventh order of the California Mission. The Mission was named for a 14th century theologian Giovanni de Capistrano. The Chapel at San Juan Capistrano is one of the oldest structures in California that is still used today. The establishment of the Mission began after the settlement of Spanish explorers in 1769 led by Juan Crespi. The Spaniards camped near the site where the Mission was to be established later. They originally named it Santa Maria Magdelina. Additionally, it was referred to as “Cañada del Incendio,” which means “Wildfire Hollow” (Kelsey 9). In 1775, Antonio María de Bucareli, a Spanish Empire representative, sanctioned the establishment of the Mission in San Juan Capistrano, the area that lay between Mission San Gabriel Arcángel and Mission San Diego de Alcalá. The first church structure was constructed at Sajavit, an Indian territory, and constituted a pergola with two bronze bells on a tree and a wooden cross. On October 30, 1775, Father Fermín Lasuén of Mission San Carlos Borromeo de Carmelo sanctified the place.

Eight days after the consecration of the Mission, an attack by the Indians led to the death of Luís Jayme, a missionary (Yenne 72). The Indian uprising against Spanish settlers led to the abandonment of the Mission by the missionaries who hurriedly buried the church bells and fled to El Presidio de San Diego. However, in October 1776 a group of missionaries, including Pablo de Mugártegui, Amurrío, and Serra, returned to San Juan Capistrano and were accompanied by eleven soldiers (Mission San Juan Capistrano par. 2). The missionaries excavated the bells and reconstructed a new arbor. On November 1, 1776, the group led by Serra celebrated High Mass, a tradition which has been observed ever since.[2] Later, the Mission was constructed at a new site near Acágcheme, an Indian settlement that had enough water supply from two rivers, San Juan and Trabuco. 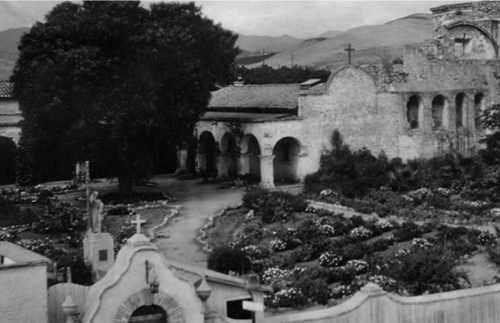 The new Mission was greatly assisted by Mission San Gabriel through provision of labor and livestock. The Mission’s first baptism was carried out by Father Gregorio Amurrío on December 19, 1776; this marked the beginning of conversion of the natives into Christianity. It is approximated that about 4,639 natives converted between 1776 and 1847. The Mission was involved in conducting burials and marriages, and the first Indian Christian marriage took place on January 23, 1777. It was officiated by Father Pablo Mugártegui. On October 22, 1777, Serra arrived at the new Mission and administered the Sacrament of Confirmation. The following year, the blessing of the first chapel took place. However, in 1782 a larger church was built. It still stands as the oldest building in California. The church was named the Serra Chapel; it comprises several other structures including living quarters, workshops, soldier’s barracks, storerooms, and kitchen. The Chapel still conducts Divine Services to this day.

In 1881, the Mission was attacked and pillaged by Hipólito Bouchard. Throughout the course of its history, Mission San Juan Capistrano has undergone several challenges, including emancipation decrees by the Mexican governor of Alta California, attempts to sell the Mission to private owners, abandonment, disease outbreaks, plundering by the locals, and auction to John Forster, a well connected Englishman. The Mission was returned to the Catholic Church after President Lincoln signed a decree to that effect. The Mission has undergone several reconstructions and structural changes in the course of its history. Fortunately, it remains a prominent historical site in California.

Significance of the Mission to the Community

To California residents, Mission Juan Capistrano is part of their history, as well as a tourist attraction, home to the Catholic faithful, and a destination for students to learn history. The preservation efforts have enabled Mission San Juan Capistrano to become an important historical site where people can share information, learn about history, and connect and appreciate the culture, challenges, and triumphs of a generation long gone.

Swallow migration continues to attract many people who come every year to watch this natural phenomenon. Swallows are migratory birds that come to nest at the Mission every summer. Every year they make a 6000 mile journey between Goya in Argentina and Southern California, an epic effort for such small birds.[3] Swallows had established their homes at the Mission, but their homes were destroyed due to reconstruction efforts at the Great Stone Church and they relocated elsewhere. This saw the decline of the Swallows nesting at the Mission. In order to lure the birds back to the sanctuary of the Church, the Mission started an ambitious project in 2010 under the guidance of Professor Charles Brown, an experienced biological scientist who had intimate knowledge of the birds. The swallows have started returning to their nests at the San Juan Capistrano Mission. 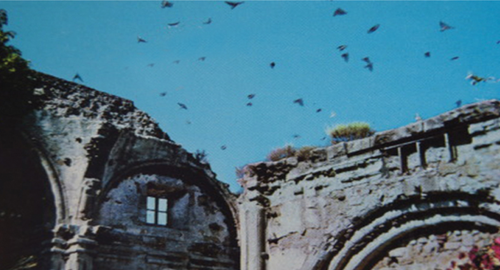 The Mission likewise serves as a museum that displays artifacts and documents detailing its intriguing history. The cultural relics offer insights into the Indians, Europeans, and Spanish settlers who lived in Alta California from the 16th century. In addition, the Chapel is a religious center for many Catholics; they use the Mission for worship. Furthermore, the Mission has attracted many people to hold weddings and family outings due to its magnificent gardens and scenery. Therefore, Mission San Juan Capistrano plays an important role in the lives of many people.

[3]           Mission San Juan Capistrano is referred to as the home of the swallows and is both a cultural and religious center.