A website about San Clemente, California that anyone can edit

This beautiful city is located in the heart of the Southern California coast line that was untouched until 1925 when the development started. It is known for its beach vibes and for having a Spanish Colonial feel to the whole city. Many locals and frequent San Clemente goer's also refer to this city as the "Spanish Village by the Sea", which is a perfect name for this city. A major and very well- known by locals place to go is Del Mar Street. This street is filled with restaurants and shops that leads all the way down to the famous pier. This street is home to many local restaurants that include, Beachfire which has great fresh food, live music, and local artwork that make it fit right in in this beach city, the very popular Avila's El Ranchito Mexican Restaurant, and the popular H H Cotton's beer bar and restaurant. Many tourists and locals also say it is also known for having the best of both worlds; mountain views and views of the Pacific Ocean! What more could you ask for? 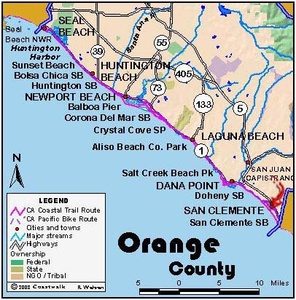 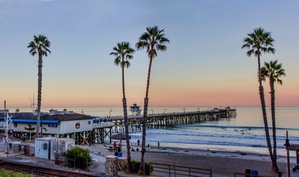 In the 1920s, Ole Hanson found this little untouched piece of land. He once said that “I get credit for building San Clemente. I am doing my best, but San Clemente’s development was as natural as a well-watered and fertilized tree to grow. It is on the coast. Its climate is superb. It is far enough from San Diego and Los Angeles to fill a real necessity. Besides, people love the beautiful things.” I could not agree more with this quote. He had big ideas for the city to development into a destination that people would want to visit from all over. When he presented his ideas to the Orange County Board of Supervisors, his plan was rejected. The board said that they didn't want to build streets where there wasn't even any buildings yet. Although he was rejected, he went out on his own and decided to take ownership of the streets and make them look like brand new roads. There is also a beach club that was built and named after him; the Ole Hanson Beach Club. This beach club is still up and running to this day and now has a public swimming pool that host many different activities. 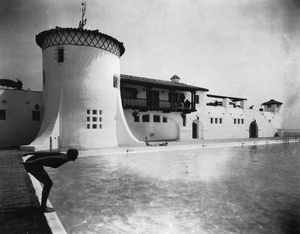 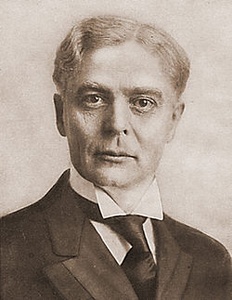 Soon after the development of the city was underway, the iconic San Clemente pier was built. It is a 1,296 foot long wood- plank pier that is now home to many indoor and outdoor restaurants. It also offers a good surf spot that locals love and free fishing for the public. But before it was like this, it was once known as one of Orange County's entry points for smuggling of liquor into the United States when the prohibition era was occurring during the early 1900's. 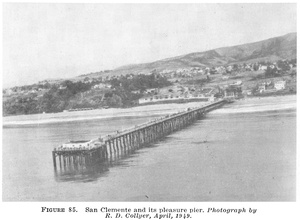 Today, San Clemente is a popular beach goer's destination where you can surf, fish, and get a bite to eat while enjoying its beauty of the Spanish- styled architecture. It's history lives on and local landmarks show this like the Ole Hanson Beach Club and the pier. It is now home to over 60,000 residents and is growing everyday. The newest popular hangout is the brand new San Clemente Premium Outlet shops right off of the five freeway. They are just minutes from downtown and the beautiful California coastline. If you're in the mood for some tea, there is a great tea shop that is so hidden you would have never known that it existed. It is called Lavender Lounge and sits on the upper floor of Baskin Robbins on the corner of Del Mar Street. Locals say that the flavored "choobies" are the best part of the tea. These "choobies" are little rectangles of gelatin that come in a variety of flavor and come in the bottom of your iced tea. There are many hidden treasures like Lavender Lounge throughout this beautiful city that only the locals know about and if you want to get a taste of them you should buddy up with a local and hopefully they will reveal a little bit of their favorite spots that many people do not know about. 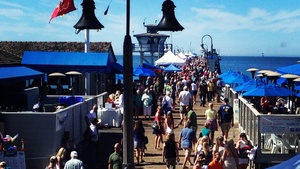 Most people just assume that when you go to this city you are just going to go to the beautiful beaches. This is partially true, but there are many other fun things to do around this city. If you love to take walks or ever run then you should go to the San Clemente Coastal Trail. It's a trail that runs along the beaches of San Clemente. Another popular spot to visit is the Casa Romantica Cultural Center and Gardens. It is a nice escape from the busy beach and to just relax and smell the roses. If you come at the right time, then you will be lucky enough to experience the local farmers market. It has delicious fresh fruits and vegetables. If you're feeling like being out on the water but not having to deal with all of the sand then one of the boat tours is right for you! They travel to the neighboring San Clemente Island which is just right of the Coast of San Clemente City. All of these fun adventures are all in close distance to each other so do one or do them all! 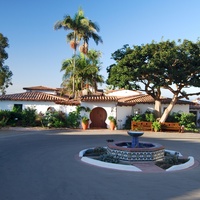