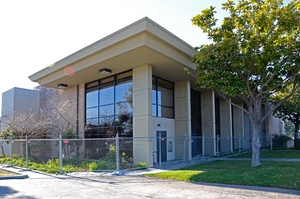 The vacant bank building located at 75 River Street in the City of Santa Cruz is currently leased by Wells Fargo Bank (which also has a location at 74 River Street). The building is owned by Barry Swenson.

In the Fall of 2011, the building made the local headlines when demonstrators entered it and attempted to establish a community center they named 75 River. The occupation lasted four days, and when representatives of Wells Fargo examined the building they estimated the cost to repair the damage that occurred to be $20,000. A cyclone fence was then erected around the building.