Named in honor of Charles ("Chuck") and Esther Abbott. Charles Abbot was a civic leader whose efforts include making Pacific Avenue look more decorative. By trade he was a noted photographer.

The stone for the fountain was cut from the original steps leading up to the Octagon Building. 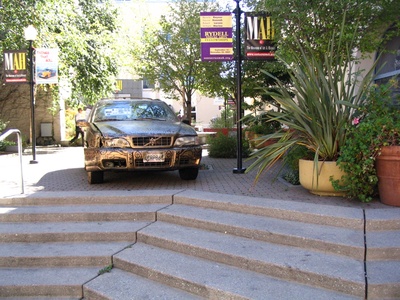 An art car on Abbott Square 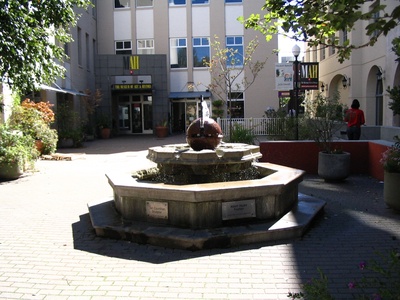 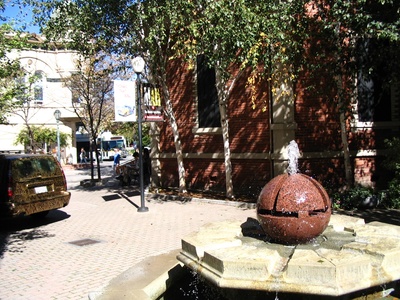