There is one bike lane (because it is a one-way street) and traffic is light. There are parked cars all along the street. 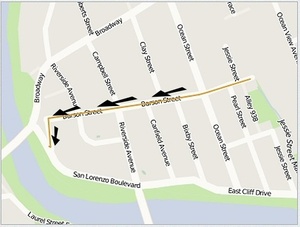 -None- The area is residential.