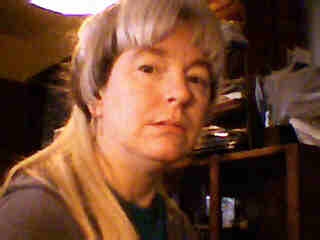 Summary Becky Johnson is a teacher and local homeless advocate. As a member of Homeless United for Friendship and Freedom, she has often be seen Downtown tabling and advocating for the homeless. She is a videographer and journalist, formerly hosting Club Cruz on Community Television,

Achievements — Co-host of Community Perspectives 1995 on Community Television of Santa Cruz County — Won a settlement from the LAPD for being clubbed with a police baton at the Democratic National Convention in Los Angeles in 2000 — Wrote for Street Spirit, a publication of the American Friends Service Committee from 1996 - 2005 — Produced Bathrobespierre's Broadsides: Civil Rights for the Poor from 1996 - 2006 on Free Radio Santa Cruz hosted by Robert Norse — Executive Producer of Club Cruz on Community Television of Santa Cruz County 1996 — present

Quotes "A toxic dose of marijuana is a bale, large enough, so that when it's dropped on your head, breaks your neck."