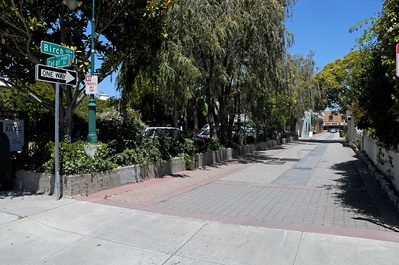 Birch Lane is an itty bitty street, running just one block East-West from Cedar Street to Pacific Avenue on the edge of downtown Santa Cruz. In 2010 the Jazz Alley Mural was painted, directing people down Jazz Alley (aka Birch Lane) to Kuumbwa Jazz. 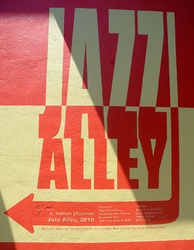 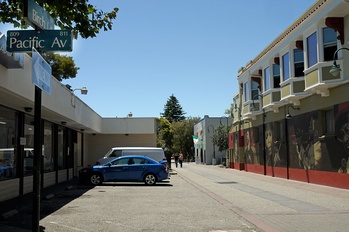 It's a tiny little lane with relatively little vehicle traffic, so you're safe in that regard, but most of the traffic in/out of here is from a bar, so be careful.