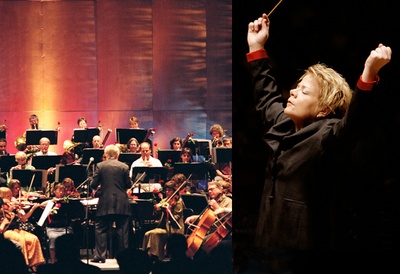 The Cabrillo Music Festival is held every summer and its focus is on contemporary orchestral pieces. It has been held at the Santa Cruz Civic Auditorium since 1991. The current music director is Marin Alsop, and past music directors include: Gerhard Samuel (1963-68), composer Carlos Chávez (1970-73), conductor Dennis Russell Davies (1974-1990), and American composer John Adams (1991).

An annual feature of the event is the Cabrillo Music Food Art & Wine Festival.