Chestnut Street in the City of Santa Cruz is the shortest route from Highway 1 and Highway 17 to Laurel Street, but it is poorly paved and has train tracks running down the center.

In addition to the north-south section of Chestnut, a short branch of the street connects to Center Street. 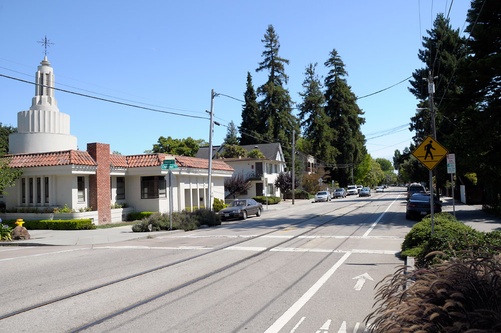 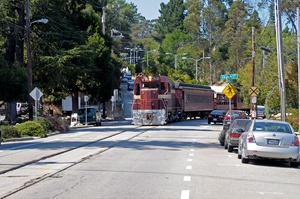 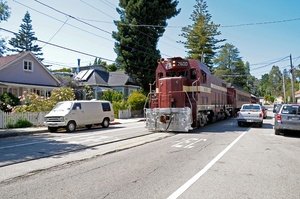 When a train comes, cars have to pull to the side to avoid a collision. 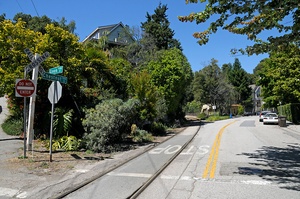 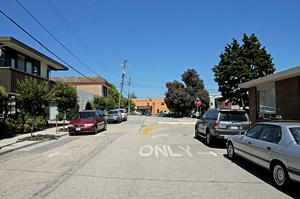