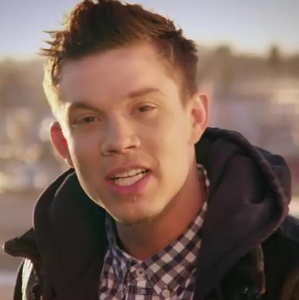 Chris Rene in his video for Young Homie, which was shot in Santa Cruz

Chris Rene rose to fame after making it to finale night on the singing competition/reality television show THE X FACTOR.

Chris Rene's sister Gina Rene is also a musician, and she placed in the top 50 of The X-Factor the same year Chris appeared on the show.