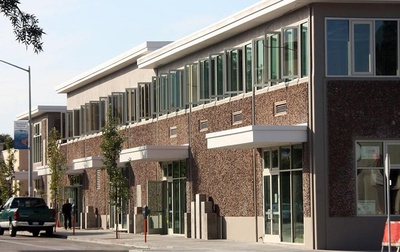 Cruzio does Internet the way others should: friendly, super-fast and easy-to-use. Unlike faceless corporate Internet providers, Cruzio has on-site tech support, local roving IT, and a welcoming storefront in Santa Cruz where members can drop by any time to pay a bill or get advice from Cruzio's techs.

Cruzio believes in the importance of community, being a business role model in Santa Cruz County, being eco-friendly and providing good wages for employees. Cruzio offers competitive prices, provides services in Spanish and English, and donates services to local nonprofits.

Way back in the late 1980's (eons in tech years), only people doing research at a university or for the military had access to things like email or message boards. A small but growing number of nascent techies believed there should be a public access alternative and through their efforts many small access providers came into being. Included among them was Cruzio Internet, co-founded by Peggy Dolgenos and Chris Neklason who continue to own and operate the company today.

After getting a business license in 1989, Chris and Peggy started working on a BBS style (text-only) front end for the various Unix network tools, which comprised the pre-Web Internet of those days. In 1991, the World Wide Web was invented by Tim Berners-Lee (not Al Gore). In 1994, the release of Mosaic, the first graphical browser, caused use of the Web to skyrocket. Cruzio's customer base started to take off and by the end of 1994 the owners quit their day jobs to work full time at Cruzio and operations moved from their garage to downtown Santa Cruz.

As the Internet grew, so did Cruzio, with membership doubling several times in just a few years. In 2009 Cruzio reached its biggest milestone: purchasing the defunct Sentinel newspaper building. With building partners Ecology Action and Joe Appenrodt, Cruzio renovated the old media icon into a green building with the fastest Internet in town. At 877 Cedar Street, Cruzio introduced new business services, including a colocation data center, Cruzioworks coworking, and rentable office space.

Former business in this location include the Santa Cruz Sentinel.