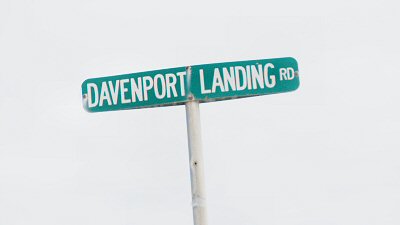 The area is often confused for Davenport Beach in photos and websites. 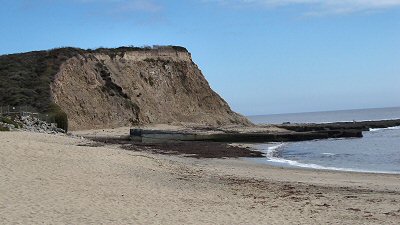 The beach at Davenport Landing. The rock is El Jarro Point

At El Jarro Point where it meets the sea near Aguna Puerca Creek was the settlement of Davenport Landing, from the 1870's to 1915. It was here that John King and Captain John Davenport built a 400 foot pier. The settlement served as a loading area for ships. It served as the port for the town of Davenport. Davenport Landing was destroyed by fire in 1915.  Although known for a loading area and commerce, debate continues that it may have been used as a whaling station. The only evidence is the whaling equipment that was part of John Davenport's inventory during his bankruptcy. Some believe it was from his earlier days as a whaler. Some suspect whaling is why he chose the spot for Davenport Landing.

The area is mostly residential.

There is parking nearby for cars. Nearest bus stop is the town of Davenport, two miles by road. 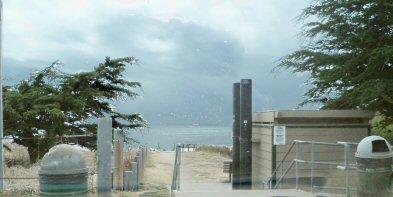 The entrance to the beach at Davenport Landing. 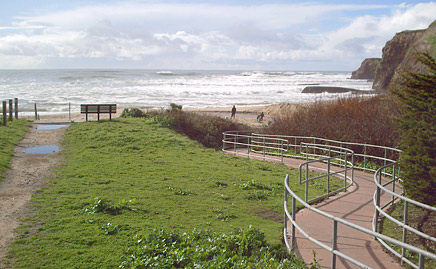