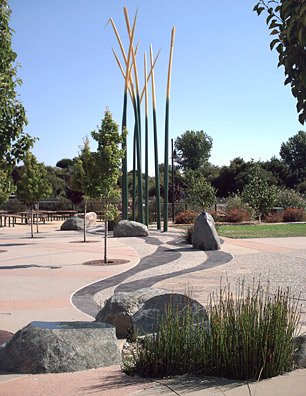 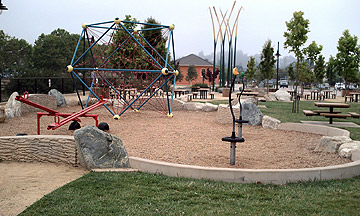 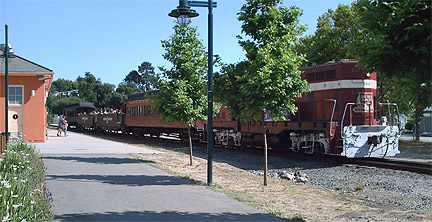 The first Phase of Depot Park is complete and the park looks great.  Phase II will include the addition of the historical Down Works Building to be used as a Carriage Building and maintenance area as well as the Monterey Bay National Marine Sanctuary Exploration Center to be located at the corner of Pacific Avenue and Beach Street.  In Phase III the new Museum of Natural History will be constructed in the park.

The art plaza features the giant public art piece Before Now by Carolyn Law which symbolizes the Tule habitat of the Neary Lagoon which sits just across the railroad tracks from the park. The freight building, which was part of the old Santa Cruz Depot, was reconstructed and now houses restrooms.

In June, 2009, the Bicycle Trip Bike Park at the old "Fun Spot" location (near the Wharf entrance) was moved to the south end of Depot Park.  Play equipment was relocated to the north, closer to the Before Now sculpture.

The bike park under construction (June 2009).