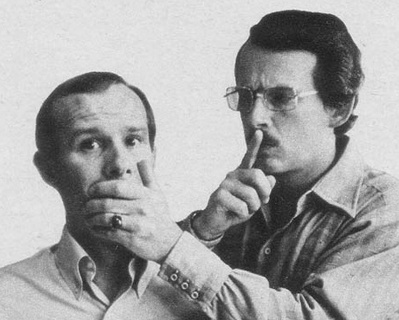 Tommy and Dick (on the right) Smothers

Summary Dick,  (Richard Remick Smothers) and his brother Tom (Thomas Bolyn Smothers, III) are a comedy team known as the Smothers Brothers, performing stand up around the world and appearing on such tv shows as Laugh-In and the Tonight Show with Johnny Carson. Dick lived in Scotts Valley at least through the 1970s and possibly into the 80s and raised his children there. He currently lives in Florida, but his son, Dick Smothers Jr still resides in Santa Cruz.

Achievements Dick and Tom, with their grandfather Ed Remick own a winery in Kenwood,CA first named Smothers Brothers Winery, now known as Remick Ridge Vinyards. The name changed for a more professional touch.

Dick Smothers: (about his relationship with his brother Tom) Things are a lot better now. We're a lot more focused. And we are performing better than ever before and enjoying our lives, too.