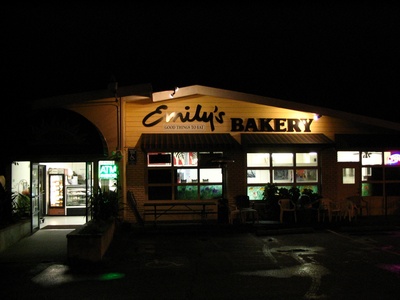 Much to the delight of this early commuter, the Mission Street location opens before dawn...

In July of 2015, co-owners Emily Reilly and her husband, Robert Nahas, were named in a sexual harassment lawsuit filed by a former employee of the business. The lawsuit alleges that Nahas groped the employee and made unwanted sexual advances towards her. 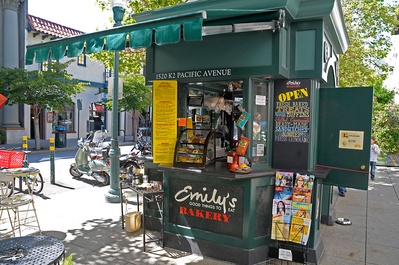 Their kiosk on Pacific Avenue.