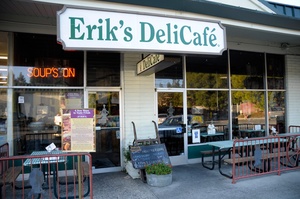 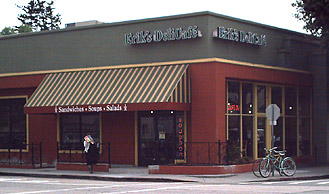 Erik's DeliCafé started as a small delicatessen in Scotts Valley by Erik Johnson. The award winning restaurant is known for their "Sandwiches with Character" like the R.E.O. Speedwagon, which is a smoked ham, turkey, Monterey Jack cheese, onions, tomato, spouts, and of course "Erik's Secret Goo" on sliced sourdough. Today, it has expanded to over 24 restaurants throughout California, but still headquartered in Santa Cruz.

The downtown Erik's was previously located on Front Street.