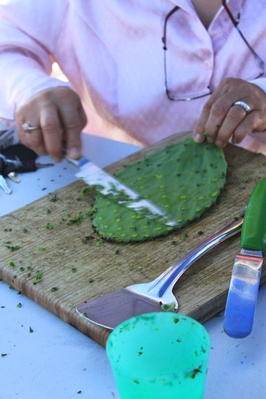 Festival del Nopal is a cultural festival featuring food, live music, arts/crafts, and folkloric dances to celebrate the cactus (el nopal). The festival features different foods made with cactus as an ingredient, a recipe contest, traditional dance, and the crowning of the festival queen.

From their website: "For hundreds of years, the cactus, particularly the prickly pear cactus, has long been a staple in the diet of many Mexican and Latin American people. Also revered as a source of national pride in Mexico, the prickly pear cactus is featured on the Mexican flag with an eagle standing atop the cactus and a serpent caught in its beak to symbolize the location where the ancient Aztecs were instructed by their gods to build the great City of Tenochtitlan, where Mexico City now stands." 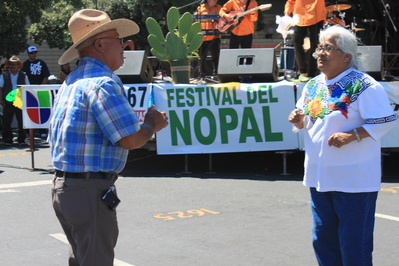