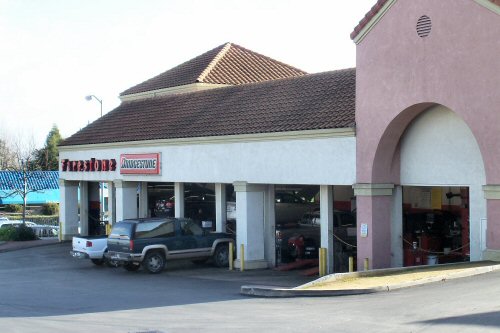 Bridgestone Corporation is headquartered in Kyobashi, Tokyo, Japan. It was founded in 1931. The name in Japanese is "ishibashi" which means "Stone Bridge." Like many languages, the Japanese language uses, "noun+modifier" instead of "modifier+noun" in English. Thus "Bridge+Stone" was directly translated into English as "Bridgestone." Bridgestone bought Firestone in 1979.