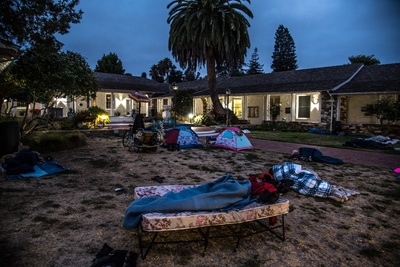 Freedom Sleepers have been organizing a series of actions, including Community Camp Outs at Santa Cruz City Hall and marches downtown, to protest the ongoing and increasing criminalization of the homeless.

The Freedom Sleepers sleep out at Santa Cruz City Hall every Tuesday night. Generally the group shares a meal that starts anywhere between 4 and 6pm and a breakfast between 7:30 and 8:00am.

They use sleep as an act of civil disobedience, and the primary demand of their protest is for the city to repeal its camping ban ordinance, which prohibits sleeping anywhere in public between the hours of 11 pm and 8:30 am. Additionally, sleeping anywhere on the grounds of City Hall at night is against the law. The entire property is closed to the public between the hours of 10 pm and 6 am, and is subject to the parks trespass law. They generally sleep on the sidewalk in front of city hall, where they receive less attention from police. The Santa Cruz Police Department has raided the community sleepouts many times, issuing countless citations to individual protesters, and making arrests. 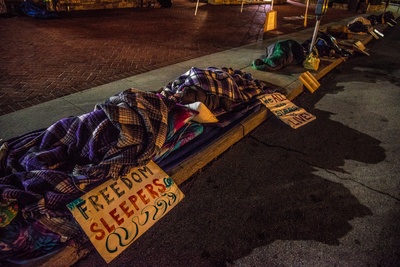 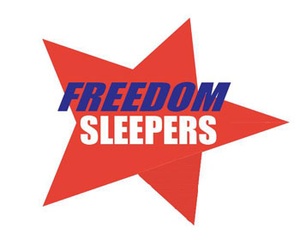