Front Street in the City of Santa Cruz runs North-South starting as a one way at the Town Clock at Mission Street to the end of downtown, where it runs into Pacific Avenue, and then continues up a hill, where it intersects with 2nd Street and 3rd Street, near the Municipal Wharf. 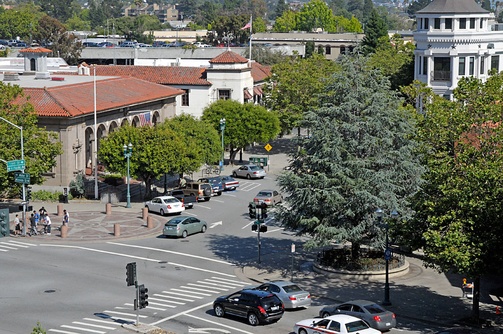 The north end of Front Street is one-way and passes the Post Office and the Vets Hall (on the left), and The Flatiron Building (on the right).

It's fairly bike-friendly, but don't ride the wrong way on the one-way section near the post office and Bookshop Santa Cruz - the SCPD will write you up. 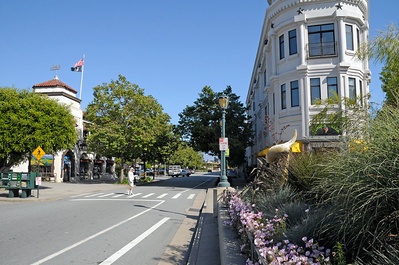 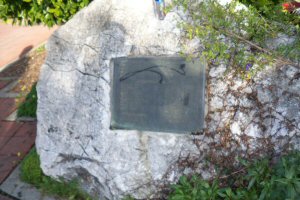 This marker on Front Street is for the San Lorenzo Park project.  The Front Street Chinatown was the largest in the city and lasted from the late 1870s until a fire in April of 1894.  See: Chinatown.