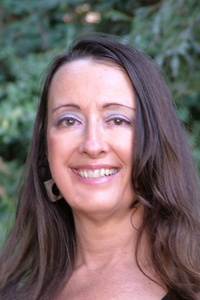 JazzElle is a singer, songwriter, and musician, as well as a producer and videographer.  Besides being a staff member with Community Television for 6 years, she also produced the award winning music showcase, "Planet of Dreamz".  In 2008, she filmed the documentary "True Accounts of the LBAM Aerial Spraying," which was about the aerial light brown apple moth spraying over Santa Cruz. The spray program was discontinued, however, many threats still remain, which prompted JazzElle to produce the music video documentary "Run For Your Life". Check it out at: Run For Your Life