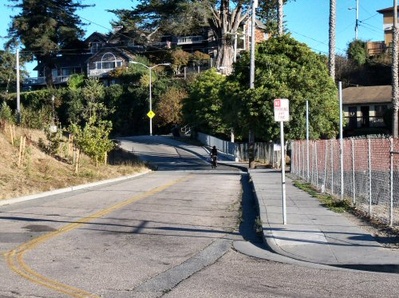 The road becomes one lane where the cyclist is in this photo.

No bike lanes. One lane and uphill.