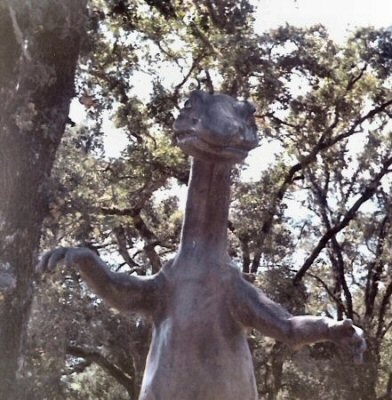 In 1959 Larry Thompson bought land in Scotts Valley. He built life-sized replicas of dinosaurs with steel frames and fiberglass skin. In 1963 he also purchased Tree Circus. This part of Lost World was named "Enchanted Garden." Lost World opened in 1964. Larry Thompson died in 1965. Peggy Thompson continued the park. It was sold in 1967, but the new owners defaulted. It went through several owners until 1977 when it was bought by Robert Hogan with plans to develop the property. The dinosaurs were sold and moved to Southern California. (Presumably to an amusement park.) 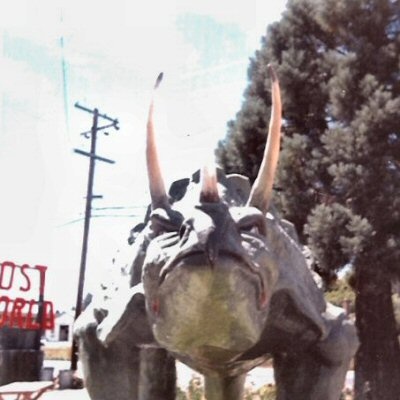 Triceratops Photo by John Pilge circa 1974. 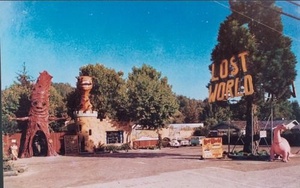