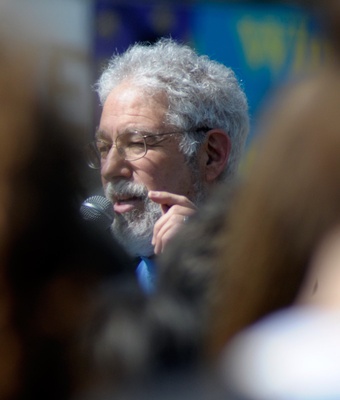 Mike Rotkin speaking at the protests at UCSC on March 4, 2010