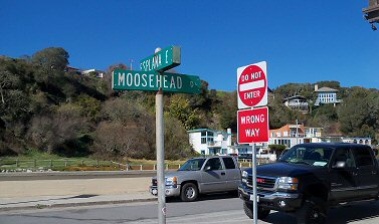 Moosehead Drive starts at the Esplanade, but it is exit only at that point.

No bike lanes, road is hilly, street is narrow at points.