Pacific Avenue is one way going north to south from Mission Street to Locust Street. Pacific Avenue also has a one way section going south to north from Cathcart Street to Church Street. 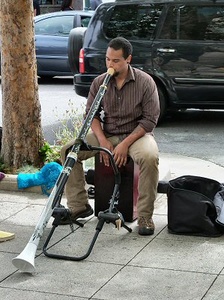 This street performer is playing a modern  didgeridoo. 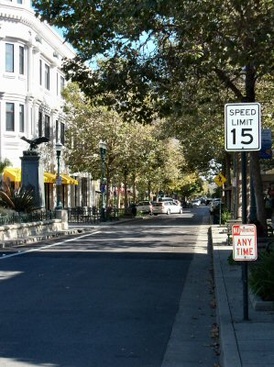 Pacific Avenue is also known for street vendors. If a store wants to use the sidewalk area for selling, they need a permit. No other Pacific Avenue sidewalk sale (or barter) is legal.

Pacific Avenue has a lot of pedestrian traffic, so prepare to be patient if you drive. There are no bicycle paths, but riding is generally safe due to the slow speed of traffic. Riding on the sidewalks is not allowed. Cops have been known to give tickets to people cycling the wrong direction down the one-way portions of the street. 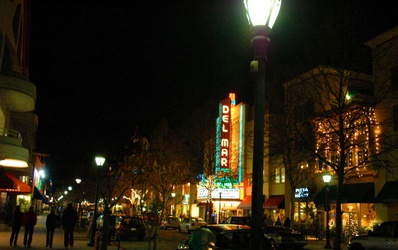 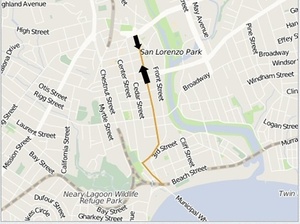 Pacific Ave. has two sections that are one way.