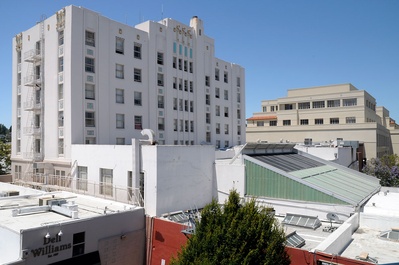 The east side of the building. Photo taken from the Soquel / Front Parking Garage, 2011.

The Palomar Inn is an affordable housing/apartment complex and retail center located in the former Hotel Palomar, which was originally operated as a luxury hotel during the heyday of Santa Cruz tourism.

The Palomar Arcade refers to the businesses located on the first level of the building, including those in the tunnel. 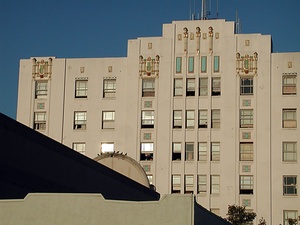 Hotel Palomar was the first building in the area that was over three stories tall.1 The original owner of the Hotel Palomar was Andy Balich, who was a prominent local real estate developer.

The bar at the Hotel Palomar was called The Circle Bar. 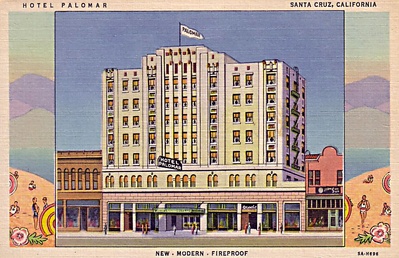 An early linen postcard of Hotel Palomar, advertising the establishment as 'New, Modern, and Fireproof'