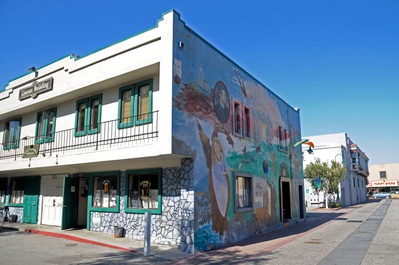 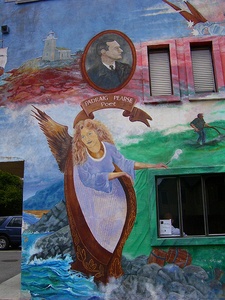 More than just one of many bars downtown, The "Poet" has built a reputation as the local pub for a true cross-section of the Santa Cruz community. Regulars of the Poet represent the artists, writers, professors, students, contractors, workers, union members and eccentrics who together create the politics and style of life familiar to our unique community.

Named after the teacher and poet, Pádraig Pearse, and James Connolly, the founder of the Irish Labour Party, the Poet and the Patriot draws its inspiration from the spirit of activism of the Easter Rising of 1916 for which both Connolly and Pearse were executed, paving the way to eventual Irish statehood. Though Connolly and Pearse had their differences, they were united in giving their lives for independence from foreign rule and for an end to the exploitation of the Irish people.

Representing the spirit of Connolly and Pearse in a time and place far removed from that of the Easter Rising, the Poet and the Patriot is a meeting place for anyone interested in a good conversation over a few cold pints. To really know what's best about Santa Cruz, a visit to the Poet is in order!