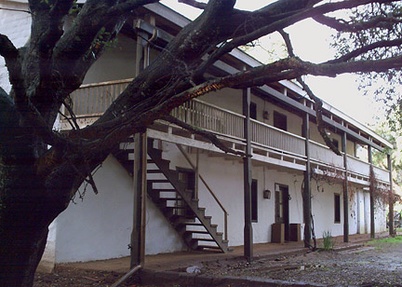 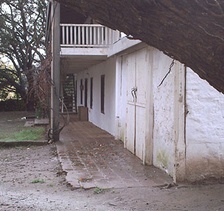 The land and adobe for Rancho San Adrés Castro Adobe Park was acquired by California State Parks in 2002.
The adobe was built between 1848–1849 by Juan José Castro. Juan Castro received a land grant and the property of his family would grow to over 250,000 acres. The two-story adobe was the central headquarters of the Castro family.

The Castro family owned the adobe until 1877. The adobe was maintained by future owners. The historical importance of the adobe was noted by adding it to the National Register of Historic Places listings  on December 12, 1976. It is also California State Historical landmark #998. It has no plaque yet to show this.

The adobe was badly damaged by the 1986 earthquake. In 2007, Friends of the California State Parks volunteers and the California Conservation corps worked on restoring the adobe.

There are no plans to make the park available to the public. The site is reachable only by a one lane road, and the adobe is fenced-off. The site is wired with alarms to discourage visitors. This was once the smallest State Park in Santa Cruz County.  It has been expand it over the years, and it has grown larger than the original 1 acre.