Typical of residential streets near the beach, parking is restricted. 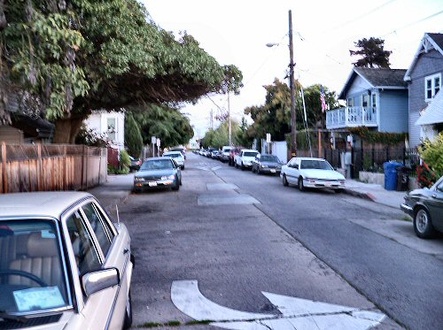 View of Raymond Street from 3rd Street. Street has restricted parking for residents only. Photo: May, 2010

No bike lanes, and the street is narrow but level. Not a good ride for cyclists, especially in summer.

The family of August and Dorathea Uhden included Kaye, Raymond, Holden and Lorenz. Raymond Street may be named for Raymond Uhden. It is also possible that Raymond Street is named for Mrs. Isabell Raymond, a poet and writer. 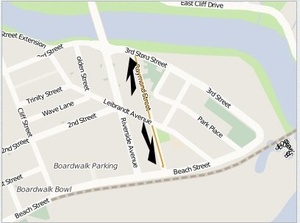 Raymond St can only be entered from Lebrandt St.3rd Street, Leibrandt Avenue, and Beach Street

The street is residential.