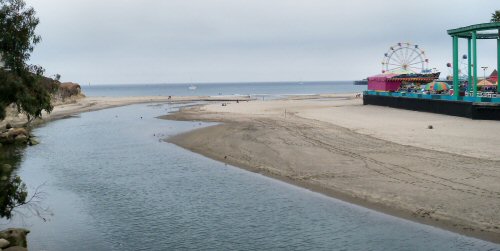 Photo September 2010.River Mouth or River Mouth Beach is an informal designation for the area of beach and water along the mouth of the San Lorenzo River, though the entire area of beach is technically still part of Santa Cruz Main Beach. The size and boundaries of the beach area near the river mouth depends on how much water is carried by the river at any given time. It is not a name found on maps. Rivermouth is a common alternate spelling. 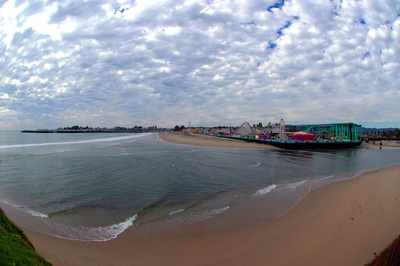 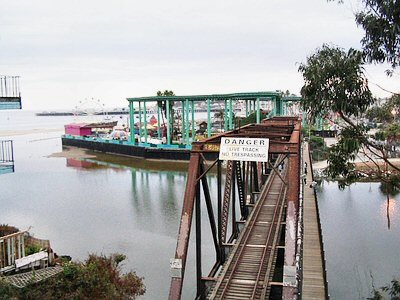 Sometimes the beach is almost gone. Photo by Graham Freeman.

The San Lorenzo River mouth was the scene of the first waves surfed in Santa Cruz. Prior to 1955, the river created large sand bars which made for big waves at the river mouth. Since 1959, construction of levees along the river have channeled water with greater force reducing the sand bars.  The sand bars do reappear on occasion,  to make the area decent for surfing,

The River Mouth Beach is at the end of the Boardwalk.

There is a Railway Bridge across the river that has an area for foot traffic.

:Google map view of the area.