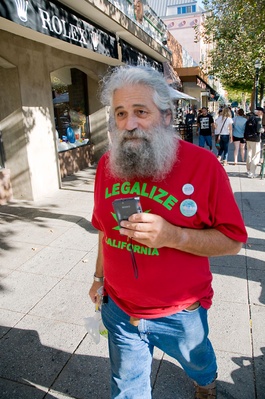 Robert Norse, aka Robert Norse Kahn, is an independent journalist who publishes regularly at Santa Cruz Indymedia. He is also a well known advocate for the homeless of Santa Cruz and he can often be seen downtown. He founded the community group Homeless United for Friendship and Freedom, and he hosts the program Bathrobes Pierre’s Broadsides, which airs on Sundays from 9:30am-1pm and Thursdays from 6pm-8pm on Free Radio Santa Cruz.