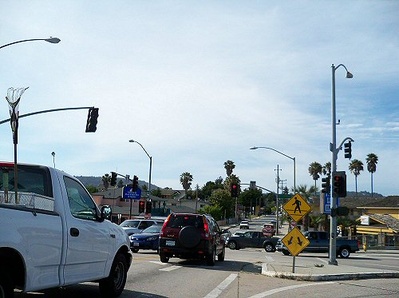 There are bike lanes in both directions.