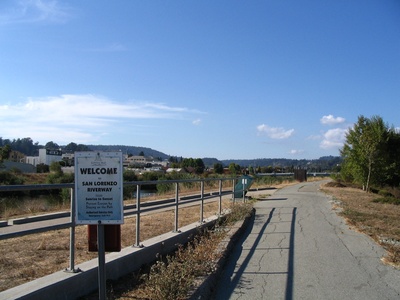 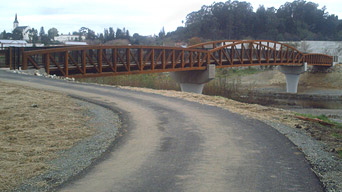 Since construction of the long needed pedestrians/bicycle bridge between Felker Street and the Gateway Plaza shopping center has been completed, residents on foot or bicycles from the upper Ocean Street areas won't need to swim across, go all the way down to Water Street, or use Highway 1 (which is illegal), to access the north River Street and Harvey West business park areas on the other side of the San Lorenzo River. 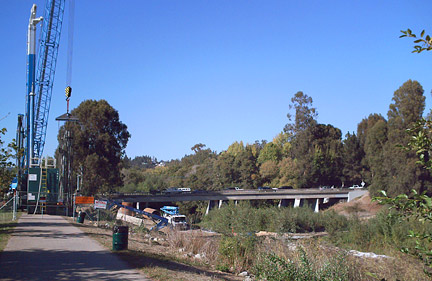 Pedestrian/bicycle bridge under construction near Highway 1 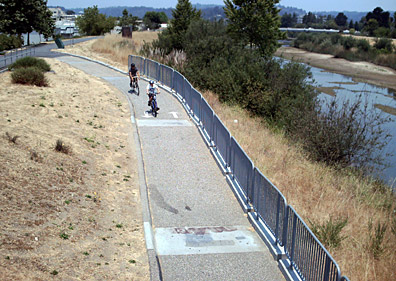