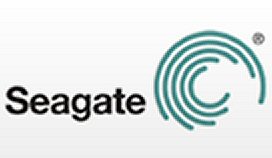 Shugart Technology was incorporated as a disc drive manufacturer by Al Shugart, Finis Conner, Doug Mahon, D. Tom Mitchell, and Syed Iftikar. According to Al Shugart, the name became Seagate Technology to closely match his name Shugart. Shugart was already the name of a disk maker.

Seagate has been a major employer in Scotts Valley as well as a major real estate presence. While one of the Seagate buildings is "Building 15" they do not have 15 buildings. The buildings get a number as they are used and keep them. Seagate also had a building 3.5. Seagate has offices and assembly plants around the world. Seagate moved the headquarters from Scotts Valley to 10200 S. De Anza Boulevard, Cupertino in 2011. As of 2012 The IT team and the motor group remain in Scotts Valley.