Spruce Street in the City of Santa Cruz is a small, mixed residential/industrial street downtown that runs east-west. Much of the street is fronted by parking lots for buildings that have their front entrances on other streets. Continuing across the street from where Spruce intersects with Front Street is Laurel Street Extension, and on some maps they appear to be the same street. 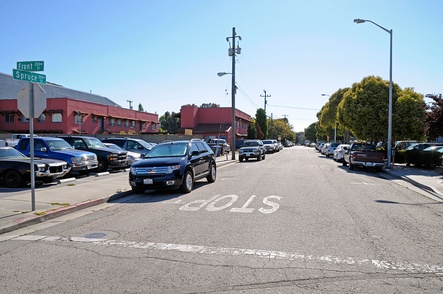 This end of the downtown generally has less traffic than the rest of the area, but the streets Spruce crosses are major arteries.