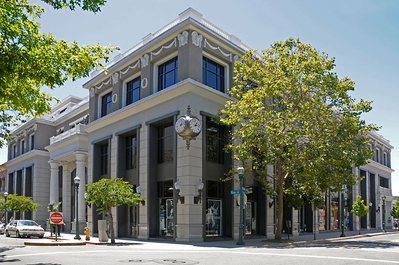 The corner of Pacific Avenue and Church Street.

The E.C. Rittenhouse Building has remained vacant since it was completed in 2008, apart from a various window displays by local artists and non-profits, and a few events held at the top of the building, which has been nicknamed The Top of the Rit.

The new building consists of 62,000 square feet of floor space on four floors. It replaces the original Rittenhouse Building that was damaged in the Loma Prieta Earthquake. After the original building was demolished, the lot on Pacific Avenue was literally a hole in the ground for 18 years. 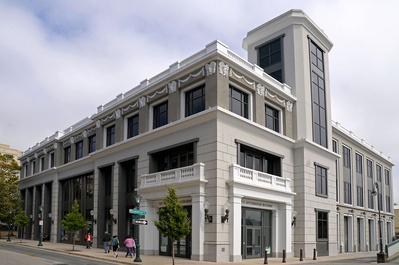 The corner of Church Street and Commerce Lane. 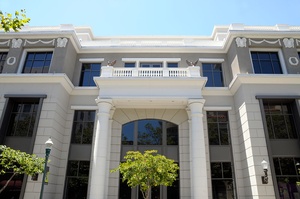 The east side of the building faces Pacific Avenue. 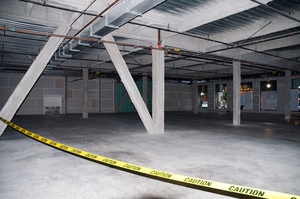