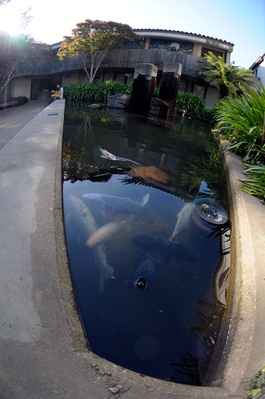 Koi in the Porter Pond

When members of Delta Omega Chi Fraternity were arrested for stealing a Koi fish out of a public pond at Porter College they just happened to be starring in a reality tv show for MTV called The Fraternity Life. The actual kidnapping of the fish was filmed and used as evidence in their trial, but the footage was never aired on television. The average Koi's lifespan is longer than that of a human's, and the stunt caused outrage among animal loving locals and students alike.