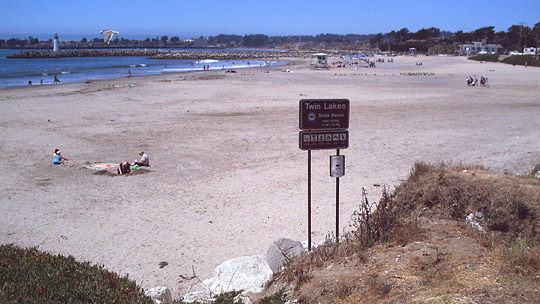 There is a surfing spot about 200 miles north of Santa Cruz, that is also called Black Point.

Castle Beach/Seabright Beach The Scholl-Mar Castle occupied what is now the main entrance area to the beach from 1928-1967. This made the name "Castle Beach" popular. Seabright got the name from the settlement in the area and the street. The main access to this beach is where Cypress Avenue meets East Cliff Drive. There is no parking at this beach entrance. Nearby at Museum of Natural History you can buy a parking permit. There is also limited parking on Seabright Avenue. 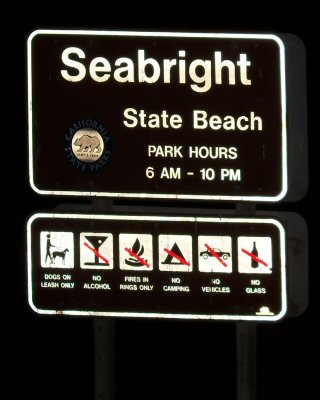 Although all the beaches are now part of Twin Lakes State Beach, signs still mark sections. Seabright Beach became part of the state park system in 1962. Between 1959-1963 a series of land transfers consolidated the beaches from the San Lorenzo River to the Harbor jetty under the California State Park Service. While it is still called Seabright State Beach, the State Parks (and current maps) consider it all part of Twin Lakes State Beach. The rules are the same.