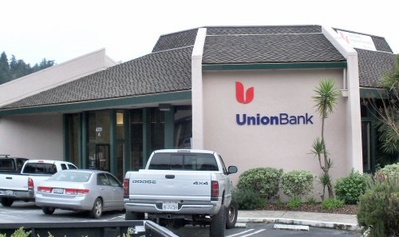 The Felton Branch of Union Bank started as County Bank (of Santa Cruz), then Pacific Western Bank, then Comerica Bank. Comerica sold the building, and it became an office building with several (small) offices inside. It is now Union Bank. The Bay Avenue Branch started as Gavilan Bank about 1975, then became First Interstate Bank in 1981, then later sold to Union Bank when First Interstate Bank was bought by Wells Fargo Bank in 1996. The Watsonville Branch was a Monterey Bay Bank. It was bought by Union Bank in 2003.

Union Bank took over operations of all Santa Barbara Bank & Trust in April 2013.