Other Union Streets in Santa Cruz County include:

No bike lanes. Mostly, the edges of the road are marked for parking.

No bus stops on Union Street. There are a few bus stops within walking distance. 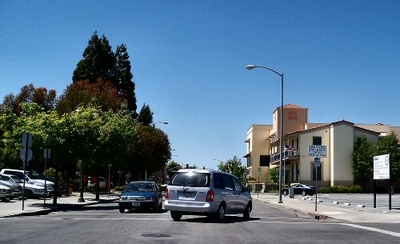