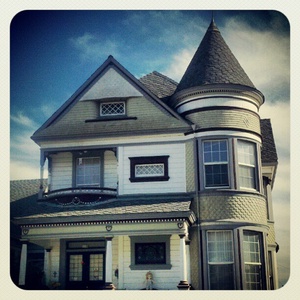 110 Maple Avenue, Watsonville (Private Residence). Photo by Bradley Allen. October 23, 2012. William H. Weeks (1864-1936) was an architect from Watsonville who was responsible for designing many of the best loved buildings in the Santa Cruz area.