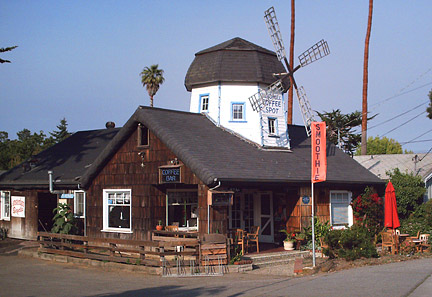 This building was the site of Buckhart's Candy during most of the time it was in Santa Cruz. (Buckart's Candy started in Watsonville in 1902. It moved to Santa Cruz and later to Capitola.) Buckhart's symbol was a windmill. After Buckhart's left, this location became a bicycle shop and then a coffee shop.