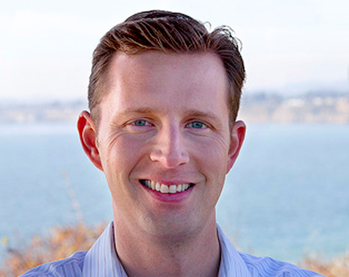 Previously, he was the Principal Management Analyst and Spokesman for the Santa Cruz Police Department.

He has worked on the Presidential campaigns of Barack Obama and John Kerry, as well as locally for Sam Farr, and he was the chairperson of the Santa Cruz County Democratic Party and Deputy National Director of Special Projects for the Democratic National Committee. Additionally, he worked in the White House doing economic policy for the Council of Economic Advisers.

In the past he has won local 'Best Of' awards for his work as a musician, and he has played in the band Blueprint. He has published extensively on governmental administration issues and policing including improving police patrol allocations, community-oriented policing and benchmarking. His articles have run in a number of government publications including Public Management Magazine and American City/County Magazine. He is the author of a book on narrative, messaging and communications titled On Message on Turner Publishing. He also writes a blog for The Huffington Post.

Friend received a bachelor's degree with honors in History from UCSC and then went on to Georgetown University where he received a master's degree in Public Policy.