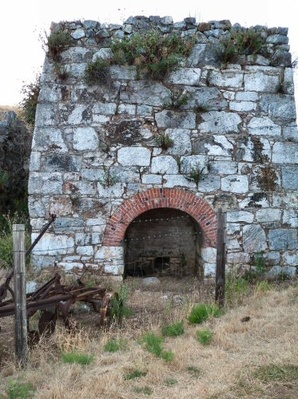 There are many abandoned lime kilns in the Santa Cruz Mountains. There are remains of old kilns in Fall Creek, Pogonip, and the campus of UCSC. There are also many abandoned quarry sites in proximity to the kilns. Notable quarry sites are south of the Cowell Health Center and west of the Upper Quarry Amphitheater, behind High Street Community Church and near Limestone Lane and Quarry Lane, to the opposite side of the entrance to Wilder Ranch State Park, behind the Cemex cement plant along Cement Plant Road, near the Fall Creek kilns, and a number in Scotts Valley near Graham Hill Road, Mount Hermon Road, and Highway 9.

Lime kilns were made to heat marble or limestone to extract the lime, which was used in making mortar and later Portland cement and concrete. Usually the kilns had at least two chambers for efficiency, so that the next batch could be started before the multiple-day heating and cooling process was complete. Limestone was transported to the kilns and finished lime was transported from the kilns to major cities.

Mixing the caustic lime powder with sand and water makes plaster and the mortar used in the construction of brick and stone structures.

Santa Cruz was a major source for lime in the late 1800's. Many of the kilns were tendered by only a few people. The lime was shipped to San Francisco in wooden barrels to fuel the rapid building of the city. Many of the lime kilns ended in the 1920's through 1930's. Some continued into the 1940's. The last commercial lime maker in Santa Cruz County was the Cemex cement plant in Davenport. It closed in 2010.

In Santa Cruz, there are numerous streets named after the industry, including Limekiln Street, Quarry Lane, Quarry Court, and Limestone Lane. 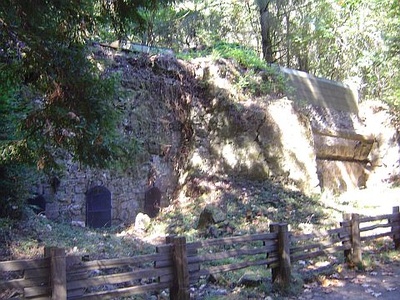