When it was built in 1869, it replaced the earlier 1838 lighthouse. Its Coast Guard service was ended in 1954. It is currently managed by the non-profit Saugerties Lighthouse Conservancy which purchased the lighthouse in 1986 and has restored it. The conservancy manages the nature trail leading to the lighthouse, offers two bed and breakfast rooms and public tours. A small museum displays artifacts of the original lighthouse and the restoration efforts, as well as the history of the Saugerties waterfront.

The lighthouse keeper of 1835 was Abraham Persons. He was paid $350 for the year.

The US Coast Guard has identified Saugerties Light as one of its Historic Light Stations in New York.

Saugerties Light is shown on the NOAA Chart 12347.

The Archives Center at the Smithsonian Nation Museum American History of  has a collection (#1055) of souvenir postcards of lighthouses and has digitized 272 of these and made them available online. These include postcards of Saugerties Light with links to customized nautical charts provided by National Oceanographic and Atmospheric Administration.

Saugerties Light is listed on the National Park Service's Maritime Heritage Program list of lighthouses to visit, and as one of New York's Historic Light Stations. 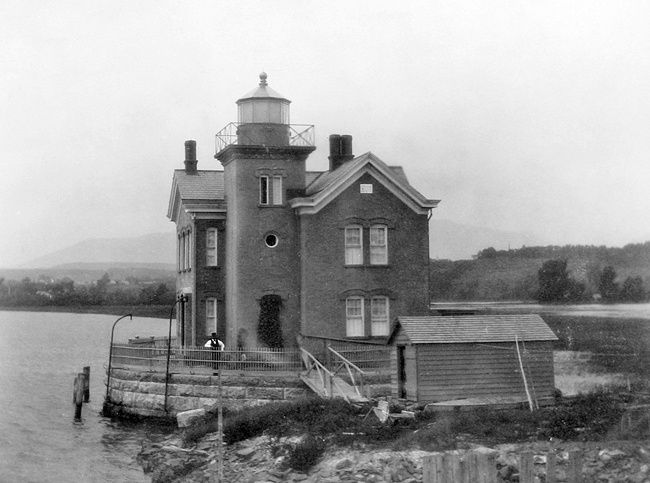